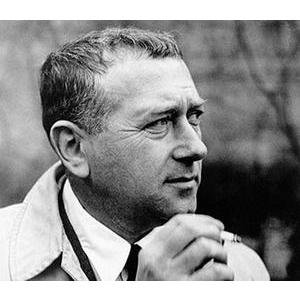 Marcel Breuer was born on May 21, 1902, in Pécs, Hungary, a small town near the Danube River. After graduating from high school at the Magyar Királyi Föreáliskola in Pecs, Breuer enrolled at the Academy of Fine Arts in Vienna to study painting, where he had been offered a scholarship. He almost immediately disliked the program, however, and within weeks of joining, he left to begin an apprenticeship with a Viennese architect. Breuer was eager to work with his hands and joined the cabinetmaking studio of the architect's brother. At age 18, in 1921, he moved to Weimar, Germany, to enroll at a new school called the Bauhaus, founded in 1919 with a mission to marry functional design with the principles of fine art. Its head, the architect Walter Gropius, immediately recognized Breuer's talent and promoted him within a year to the head of the carpentry shop.

At the Bauhaus, Breuer produced the furniture for Gropius' Sommerfeld House in Berlin as well as his acclaimed series of "African" and "Slatted" chairs. But he also became acquainted with many of the most important artists of this era, who likewise worked and taught at the Bauhaus, including Wassily Kandinsky, László Moholy-Nagy, Paul Klee, and Josef Albers. Breuer later reflected that Klee served as one of his two greatest teachers in life, along with his high school geometry instructor.